See below for the Press Release from the White House 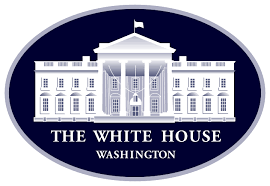 BY THE PRESIDENT OF THE UNITED STATES OF AMERICA

From many faiths and diverse beliefs, Americans are united by the ideals we cherish. Our shared values define who we are as a people and what we stand for as a Nation. With abiding resolve, generations of patriots have fought — through great conflict and fierce debate — to secure and defend these freedoms, irrevocably weaving them deep into the fabric of our society. Today, we celebrate an early milestone in the long history of one of our country’s fundamental liberties.

On January 16, 1786, the Virginia Statute for Religious Freedom was adopted. It was one of the first laws in our Nation to codify the right of every person to profess their opinions in matters of faith, and it declares that “no man shall be compelled to frequent or support any” religion. Drafted by Thomas Jefferson and guided through the Virginia legislature by James Madison, this historic legislation served as a model for the religious liberty protections enshrined in our Constitution.

The First Amendment prohibits the Government from establishing religion. It protects the right of every person to practice their faith how they choose, to change their faith, or to practice no faith at all, and to do so free from persecution and fear. This religious freedom allows faith to flourish, and our Union is stronger because a vast array of religious communities coexist peacefully with mutual respect for one another. Since the age of Jefferson and Madison, brave women and men of faith have challenged our conscience; today, our Nation continues to be shaped by people of every religion and of no religion, bringing us closer to our founding ideals. As heirs to this proud legacy of liberty, we must remain vigilant in our efforts to safeguard these freedoms.

We must also continue our work to protect religious freedom around the globe. Throughout the world, millions of individuals are subjected to discrimination, abuse, and sanctioned violence simply for exercising their religion or choosing not to claim a faith. Communities are being driven from their ancient homelands because of who they are or how they pray, and in conflict zones, mass displacement has become all too common.

In the face of these challenges, I am proud the United States continues to stand up for the rights of all people to practice their faiths in peace. Promoting religious freedom has always been a key objective of my Administration’s foreign policy because history shows that nations that uphold the rights of their people — including the freedom of religion — are ultimately more just, more peaceful, and more successful. In every country, individuals should be free to choose and live their faith based upon the persuasion of the mind — and of the heart and soul. Today, let us continue our work to protect this tradition and advance the cause of religious freedom worldwide.

NOW, THEREFORE, I, BARACK OBAMA, President of the United States of America, by virtue of the authority vested in me by the Constitution and the laws of the United States, do hereby proclaim January 16, 2015, as Religious Freedom Day. I call on all Americans to commemorate this day with events and activities that teach us about this critical foundation of our Nation’s liberty, and that show us how we can protect it for future generations at home and around the world.

IN WITNESS WHEREOF, I have hereunto set my hand this fifteenth day of January, in the year of our Lord two thousand fifteen, and of the Independence of the United States of America the two hundred and thirty-ninth.