Pictures from the 2012 Ediger Memorial Interfaith Celebration of Active Non-Violence in honor of the International Day of Peace at the Islamic Society of Nevada.

The late Peter Ediger (1932-2012), local poet and peacemaker dedicated his life to the practice of nonviolence in many ways, both personal and political. Ediger‘s work in his final months was to organize this event to help the world to begin “celebrating faith, hope and love as alternatives to cynicism, despair and fear” by engaging (all) communities into passionate dialogue of the true meaning of active nonviolence – any creative alternative to either passive inaction or countering violence with more violence.

The celebration honored the spirit of active nonviolence with presenters who are life-long peace workers, authors and scholars.

Vincent Harding, chairperson of the Hope Project; A Center for the Study of Religion and Democratic Renewal, shared the keynote presentation with Nobel Prize nominee Kathy Kelly. Co-founder of Voices for Creative Nonviolence, Kelly recently returned from another of many delegations to Afghanistan in coordination with the Afghan Peace Volunteers. Harding was a close friend of the late Martin Luther King, Jr. and is credited with drafting one of King’s most outstanding talks, the April 4, 1967 Riverside Church sermon when he came out publicly against the war in Vietnam.

Mary Litell shared self-care techniques taught by Capacitar International in settings including refugee camps, prisons and schools. Rae Abileah of CODEPINK Women for Peace and Young, Jewish & Proud talked about what inspires her to be a nonviolent activist today. Ahmed Younis, Co-Author of the soon-to-be-released book American Blackness: Reflective Thoughts by Men of Faith, offered reflections on the discussion from the perspective of an up-and- coming Muslim-American . The St. James the Apostle Catholic Church Gospel Choir inspired the audience through song. 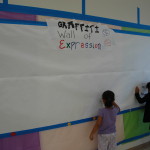 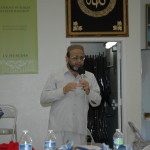 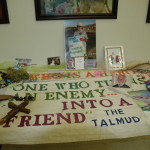 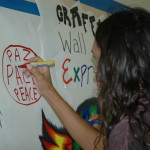 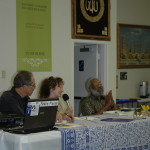 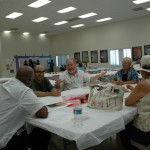 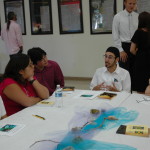 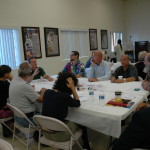 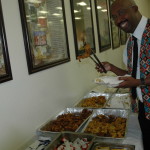 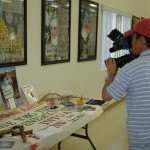 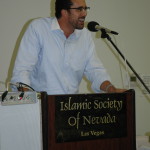 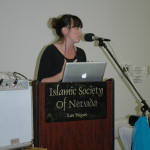 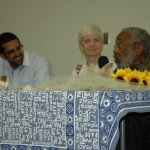 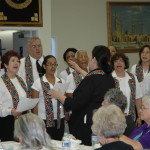 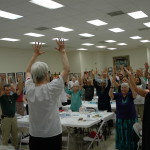 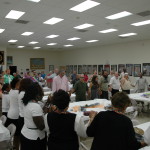 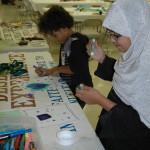 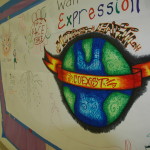 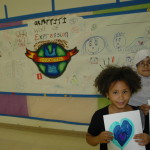