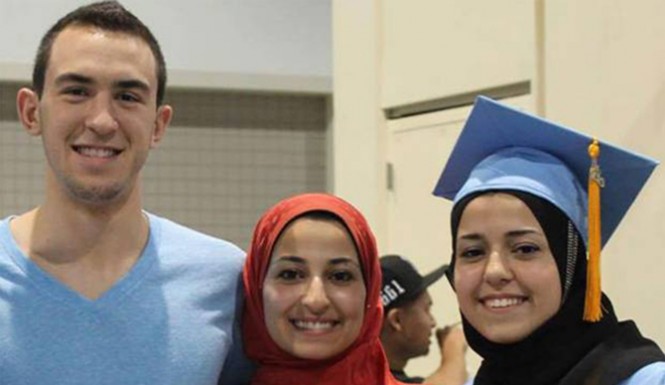 Within hours of hearing about the killing of three Muslim students, I had been invited to three different prayer vigils for the deceased. All of my invitations came from college interfaith groups.

And then my Twitter blew up — #MuslimLivesMatter was suddenly a trending topic worldwide, prompting an international conversation on media double standards, hate-crime prosecution and Islamophobia in the U.S.

While the positive response for the prayer vigils and social media wave is heartening, I want to know that these conversations are going somewhere. America today is the most religiously diverse it has ever been in its entire history, while religious tensions around the world are steadily rising.

But the cries for more interfaith cooperation are few and far between, and when they are addressed — such as when President Obama spoke during the National Prayer Breakfast — the speakers are excoriated for addressing some of the more uncomfortable topics.

That is why it is so important to take look at why our generation is trying to change those tides.

Currently I serve on the National Advisory Board for the Interfaith Youth Core, the largest college interfaith organization in the United States. I was a panelist at the 2014 North American Interfaith Network national conference, and founder of University of Florida’s Interfaith Ambassadors.

As a proud member of the LGBT community, I am told I have every right to be an avid opponent to all things that give off even a whiff of “organized religion.” But I have found solace in the open and giving community that that understands that need for interaction between identities with serious, fundamental differences.

And every time I talk about obstacles in the interfaith path, I always circle back to one crucial theme: education.

For such a religious nation — and make no mistake, we are one of the most devout out of the developed nations — our religious literacy is appalling. In a 2010 Pew Study, the average American was able to answer just 16 out of 32 basic religious questions.

As for the group that scored the highest on this religious quiz? The atheists — the same group that is consistently ranked as one of the least trustworthy groups in the United States.

But what’s even stranger than who got the questions right, is who got them wrong. Just over half of Protestants knew that Martin Luther inspired the Protestant Reformation. Most Jews did not know who Maimonides was (he was one of Judaism’s most prolific Torah scholars).

And less than a third of all respondents recognized that Indonesia — the country with the largest amount of Muslims — is a predominately Muslim country.

So we can understand why some Muslim interfaith leaders feel it is a bit unfair they are expected to have centuries’ worth of scholarly information just to be able to defend their decision to be religious.

As one of my good friends put it, it means straddling a line between some hybrid of a breathless apologist for ISIS, Syrian President Bashar Hafez al-Assad, Hamas, September 11th, selected passages of the Koran, Hezbollah and countless acts of terrorism while also being an expert in all things Islam.

But celebrating interfaith is more than just combatting Muslim stereotypes. For the secular population, it means combatting years of distrust in politics (here’s to the only religiously unaffiliated congressperson!). For the dharmic traditions, it means counteracting decades of sitcom punchlines. And from my own Jewish perspective, it means helping Americans understand that anti-Semitism is still alive and kicking around the world.

I also want to make it absolutely clear that interfaith is not just for fringe minority groups — it has a lot of potential to enhance the lives of our eclectic Christian groups, who make up about three quarters of the U.S. population.

The inter-Christian diversity is impressive, historically significant and no stranger to the changing tides of interfaith. Because of the warming relationship between Protestants and Catholics, we elected our first Catholic President, John F. Kennedy. It is not so strange to think we can make build more bridges between even more diverse groups of people.

I have seen how interfaith campaigns have changed communities across the nation, from an concert at Syracuse University that raised 30,000 dollars to fight hunger, to a Texas Christian University book drive that received over 1,300 books.

The people that are changing the story of interfaith in the United States aren’t renowned priests or rabbis or imams. They are just ordinary people with a dream and a mission.

Let’s listen to them.