The Mayors Community Breakfast is an annual fundraiser held to benefit Camp Anytown. The goal of the breakfast is to bring education and hope to our future generation.

The Mayors Community Breakfast of Southern Nevada was founded over 40 years ago when Las Vegas Mayor Oran Gragson attended a President’s Prayer Breakfast hosted by President Dwight D. Eisenhower. The Mayor was so moved by the experience that he brought the event to Las Vegas. Held every Fall, the event celebrates our unity and diversity as business, faith, political and youth leaders.

The 2019 Mayors Community Breakfast will take place on Thursday, November 21st at 7:30am at the Texas Station Hotel and Casino inside the Dallas Ballroom. Individual tickets are $55 per person, table of 10 is $500. Our keynote speaker is Rushia Brown, Player Programs and Franchise Development Manager for the Las Vegas Aces. To reserve your table or ticket(s), visit uwsn.org/mcb or contact United Way of Southern Nevada at 702-892-2300.

Mayors representing the areas of Las Vegas, North Las Vegas, Mesquite, Henderson and Boulder City, as well as County representatives, participate. More so, the Breakfast welcomes students from area high schools to join in the inter-generational celebration. At each table reserved, business leaders of the area and high school students are placed to sit together, so that they may interact with one another. After the formal event, the Mayors Community Breakfast accumulates with a town hall between the high school students and the mayors of Las Vegas with the focus of engaging them in service to the community. 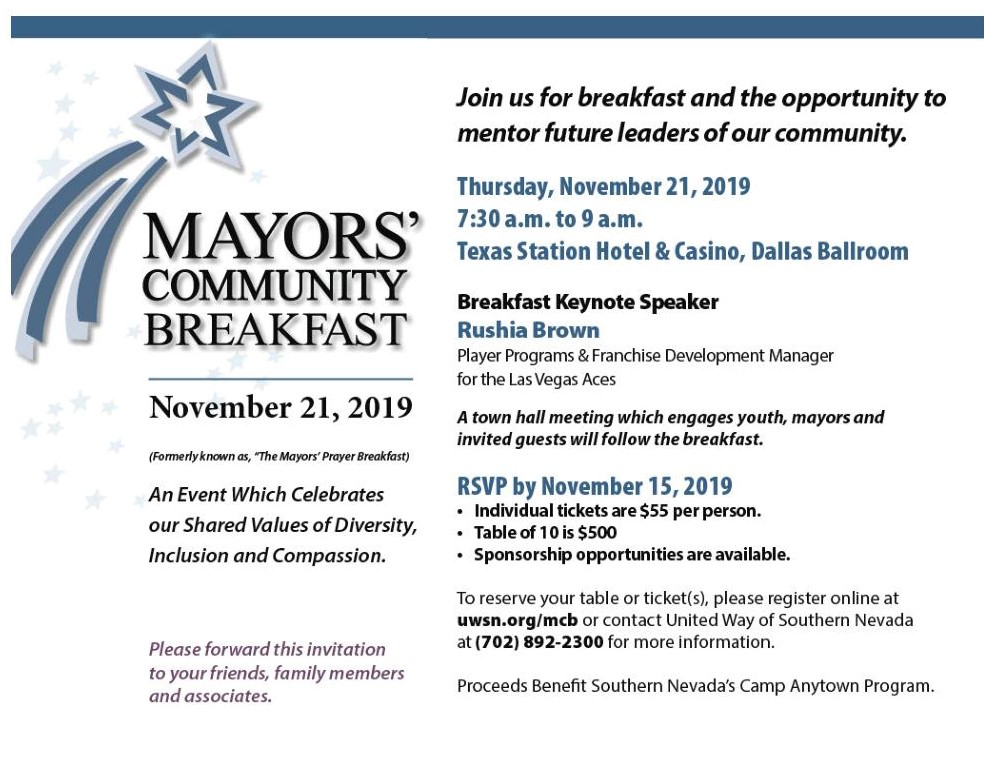 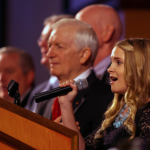 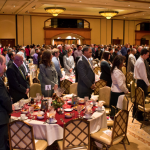 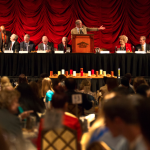 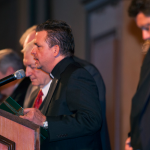 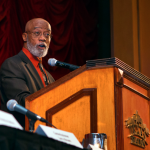 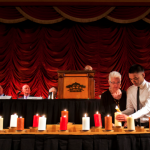 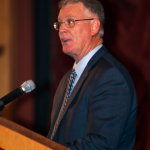 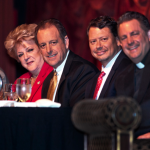 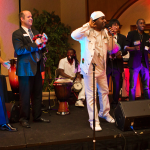 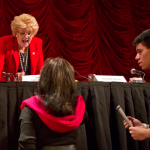 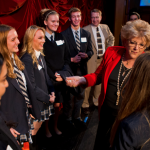 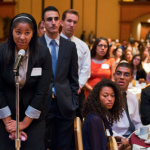 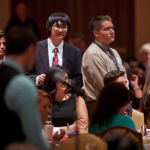 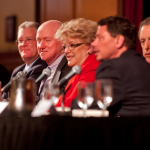