‘There are many more peace mongers than war mongers,’ an organizer said. 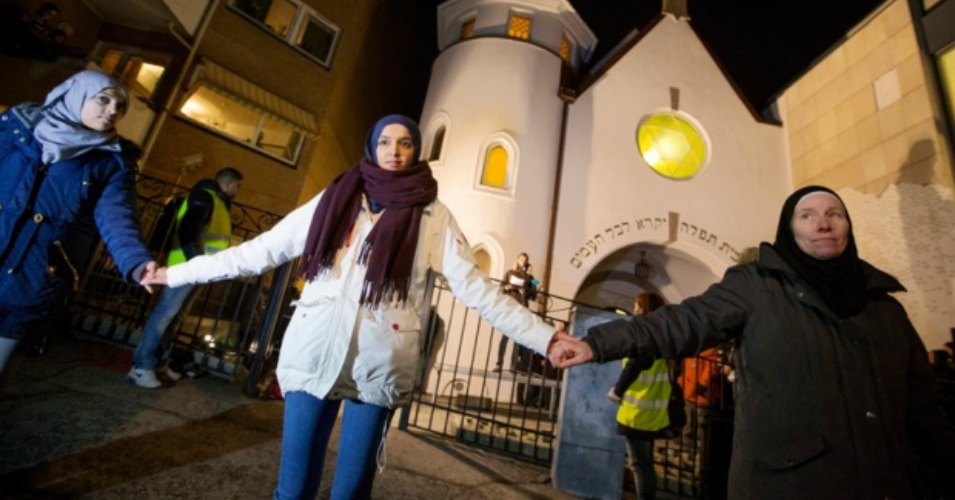 More than 1,000 Muslims in Norway joined together in sub-zero temperatures on Saturday to form a protective circle around Oslo’s sole functioning synagogue as a gesture of solidarity with the city’s Jewish community following last week’s attacks on a synagogue in neighboring Denmark.

Chanting “No to anti-Semitism, no to Islamophobia,” the group, made up of both Muslim and Jewish participants, stood in what they called a “ring of peace” around the building. The gesture comes shortly after the attacks on Charlie Hebdo magazine headquarters in Paris, which left 17 people dead, as well as the more recent shooting at a free speech event at a Copenhagen synagogue.

“There are many more peace mongers than war mongers,” Zeeshan Abdullah, one of the organizers of the event, said on Saturday. “There’s still hope for humanity, for peace and love, across religious differences and backgrounds.”

Another organizer, Hajrah Arshad, said the gathering also shows that “Islam is about love and unity.”

Ervin Kohn, one of the leaders of the country’s small Jewish community, said the vigil “fills us with hope… particularly as it’s a grassroots movement of young Muslims.” He added, “Working against fear alone is difficult and it is good that we are so many here together.”

Abdullah continued, “We want to demonstrate that Jews and Muslims do not hate each other. We do not want individuals to define what Islam is for the rest of us.”