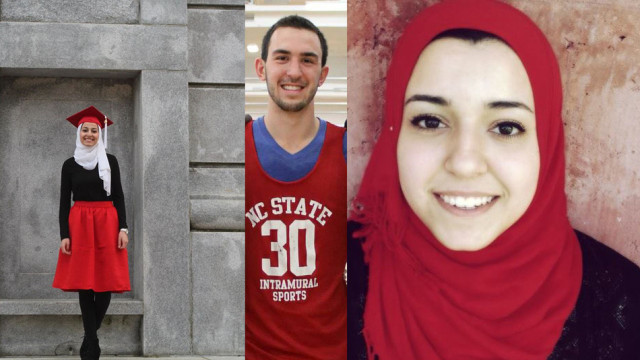 Though details about this incident continue to unfold, many accounts suggest that these attacks were motivated by hate.  The circumstances surrounding the incident—previous threats by Craig Hicks, combined with the sentiment expressed in his social media posts—warrant a federal hate crime investigation.

“Now, more than ever, in this environment of increasing anti-Muslim bigotry and hate crimes, we need our leaders at the highest level to directly address these horrific murders,” said Farhana Khera, executive director of Muslim Advocates.  “The Attorney General has a responsibility to protect all Americans and send a clear message that hate crimes against American Muslims will not be tolerated and will be prosecuted to the fullest extent of the law.”

The signatories, which include Color of Change, Human Rights Campaign, NAACP Legal Defense and Educational Fund, Religious Action Center of Reform Judaism, Bend the Arc Jewish Action, Lawyers’ Committee for Civil Rights Under Law, Asian Americans Advancing Justice, Sikh Coalition, Muslim Student Association of U.S. and Canada, and Islamic Society of North America, also urge the Attorney General to hold a press conference announcing the investigation.  This would be the first time a U.S. Attorney General has held a press conference to announce a federal investigation or indictment of a potential hate crime against members of the American Muslim, Arab, Sikh or South Asian communities.